Must read for all Project Managers and “Game of Thrones” fans Daenerys was treated cruelly by her brother. But she was treated extremely kindly by her husband, and through their relationship, her confidence grew. After both brother and husband died, she decided to do what neither of them could: Take the Iron Throne for herself.

If you have an ambitious project in your hands, with stretch goals that you know will tax your strongest contributors, you need more than a good project plan and milestones: You need your people to be inspired. Daenerys knows she lacks all the pieces for her plan to take the Iron Throne; she also knows it involves her dragons, who are currently too young to be much of a threat. But she projects both flexibility and conviction, and that’s enough to inspire her followers.

To pull this off, Daenerys is approachable and listens to her advisers. She encourages them to speak freely but then gives clear direction as to what she expects. Even when her situation looks grim—and believe me, it’s hard to find the light side when you’re leading a band of starving people across a desert—Daenerys commands enough respect to keep her people’s morale intact.

Danerys also shows another key quality of good project management: She constantly seeks to learn, and she frequently integrates new information into her plans. That allows her to take advantage of opportunities when they arise, where an inflexible project leader (say, King Joffrey) sees only distractions.

At one point, she tells her people, “I swear to you that those who would harm you will die screaming.” Remember that loyalty to your team is important, although threatening blood and fire might not work in the boardroom.

Tyrion Lannister is the son of the richest, most powerful man in the kingdom, but as a dwarf unloved by his father, he’s learned to rely on his wits. More than anything else, Tyrion is a master of turning adversity into assets: When attacked by bandits, he converts them from would-be murderers into his own private army. Later, he feeds different information to three powerful men in order to learn which one would betray him.

Every project has obstacles to overcome. Although you can plan for some, others arrive out of the blue. A good project plan has built-in resiliency in case the more unpredictable pieces don’t deliver as expected: This is of course especially true in organizations like the Small Council where politics can come into play.

Being quick on your feet is no substitute for having an actual plan, of course. But once you have a plan in place, make sure it’s flexible enough to survive a few unexpected twists, and be creative enough to find alternate ways to achieve your objectives when obstacles block your progress. Giving your contributors the ability to show initiative will greatly help, but only if you have a plan (see: Robb Stark).

Hodor: Make sure you’re using all your assets.

Hodor, a servant to House Stark, is extremely tall, strong, and loyal. He’s also completely free from the ravages of intellect. You’ve heard the expression, “a man of few words?” He’s actually a man of one word: “Hodor.”

Every project of any size needs both talented individuals to drive it forward and people to support them in that endeavor. Overlooking all the assets available can leave valuable productivity on the table and may even cause it to fail. Harnessing the full value of contributors increases the project’s chances of success.

Some project managers focus on their principal contributors to the exclusion of the rest of the team. But that’s not always what those primary contributors need. Spend time harnessing the abilities of the whole team, and those principal contributors will become more productive. Although Hodor might not seem useful, he provides Bran with critical support: mobility. After Bran loses the use of his legs, Hodor carries the young man everywhere in a basket strapped to his back.

Eddard Stark: Understand the scope of a project before you execute it.

Eddard is the friend and right-hand man of Robert Baratheon, king of the Seven Kingdoms. While trying to solve the murder of the previous Hand of the King, Jon Arryn, he learns that the newly anointed King Joffrey isn’t Robert’s son after all: He’s the child of Robert’s wife Cersei and (eek) her brother Jaime.

When he realizes that Joffrey isn’t Robert Baratheon’s son, Eddard Stark puts in motion a plan to prevent Joffrey from ascending to the throne. Unfortunately, he is primarily a military man and is used to uncomplicated projects (like winner-take-all swordplay) where might is the primary determinant of success. As a result, he is completely unaware of the political complexities involved in carrying out a plan in the environment of King’s Landing.

Stark needed to consider how to manage the political aspects of his project. If he’d realized the project was more extensive than a pure show of force, he would have bided his time and involved Robert’s two brothers to find a successful solution. Instead, he relied on an unreliable resource, Littlefinger (who even told him up fronthe was unreliable. Even the most clueless project manager should be able to spot that risk).

Eddard Stark did not understand the scope of his project well enough to execute it. As a result, it executed him.

Robb Stark: Make sure your contributors understand the context of their deliverables.

During a battle, Robb Stark has a plan to draw enemy forces into his territory, where Robb’s troops have home advantage. Unfortunately, Robb does not explain this to his uncle and commander, Edmure. As a result Edmure, on his own initiative, sees what he thinks is an opportunity and attacks.

Any good leader should encourage initiative in their reports. A tactical decision in the heat of the moment can sometimes make the difference between success and failure. But Robb failed to communicate his plan, causing Edmure’s initiative to backfire. Worse, having explained the plan afterwards, Robb has now discouraged Edmure from taking any further initiative, for fear it may disrupt Robb’s plans.

Ideally, all participants in a project have access to the whole plan, even if they are only involved in delivering a piece of it: Understanding how your piece connects to others can help contributors find problems early, or help propose improvements, that would otherwise only come to light much later. In both Westeros and in the here and now, there are good reasons to avoid communicating a whole plan. But that just puts more responsibility on the project leaders to make sure the right information is communicated. 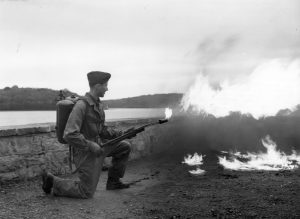